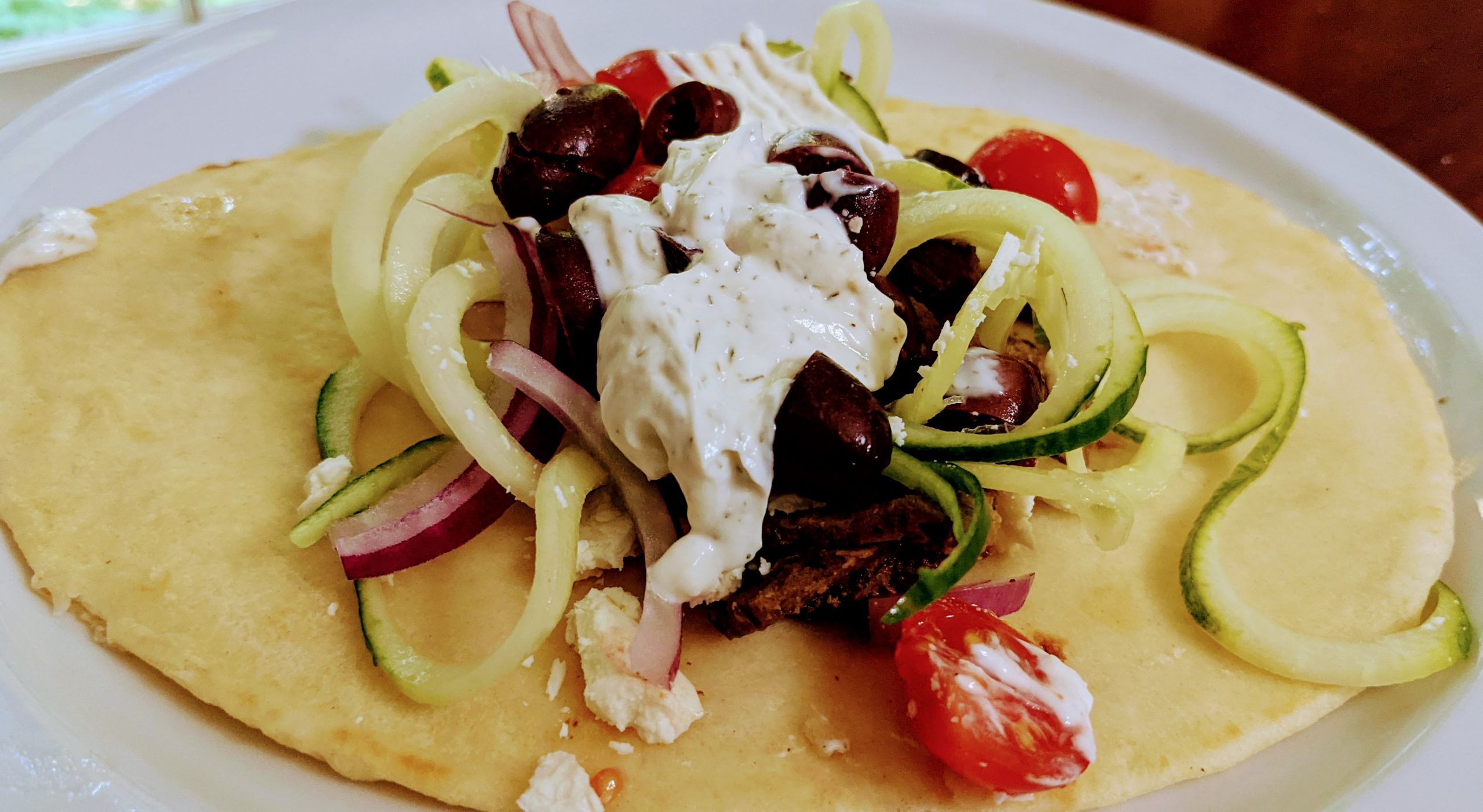 My teenage daughters love Greek food, including spanakopita, which is a spinach and feta pie. When we get Mellow Mushroom pizza, Greek salads are a must for them. Hummus, pita chips, and my Layered Greek Dip are favorite snacks. With their love of Greek food I wanted to add something to the menu rotation around here to meet their cravings, and I have to say, this one is a winner.

Have you ever tasted meat so good it almost makes your mouth water while you’re eating it? That’s this dish. The ingredients are simple, but the meat is exquisite. Tucked into naan with salty olives, crisp cucumbers, creamy tzatziki sauce and other fresh ingredients, you have one fine meal.

I like to spiralize my cucumbers because it makes gyros easier to eat. Plus, the texture is fun. You can certainly cut into small chunks instead. I cut my kalamata olives in half because I do find pits sometimes, and that could result in one expensive dental bill. My recipe for tzatziki makes a ton because my daughters fight over it, so a big batch is problem solving. You can cut the tzatziki recipe in half if desired, but leftovers are great for dipping pita chips.

Prepare the vegetables and tzatziki ahead of time, and let the meat slow cook while you run errands. By far, this is my favorite slow cooker recipe.

Cut beef into 1/4 inch slices – I used my deli slicer. 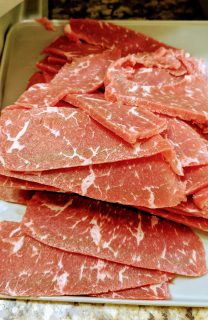 Sear beef in batches, and once largely browned, add to slow cooker. The goal is browning for flavor, not to cook through. 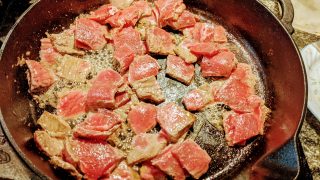 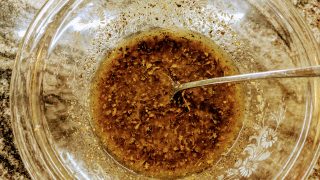 Pour over beef, and cook on low for 4 hours or until desired tenderness. 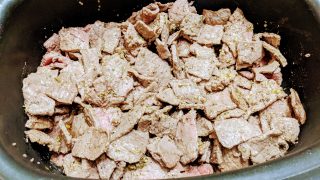 Prepare and plate up vegetables/cheese and warm naan. 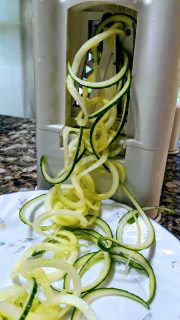 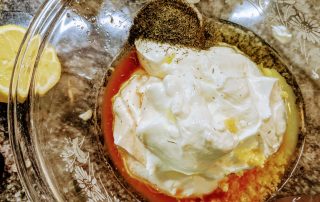 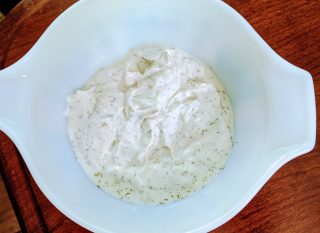