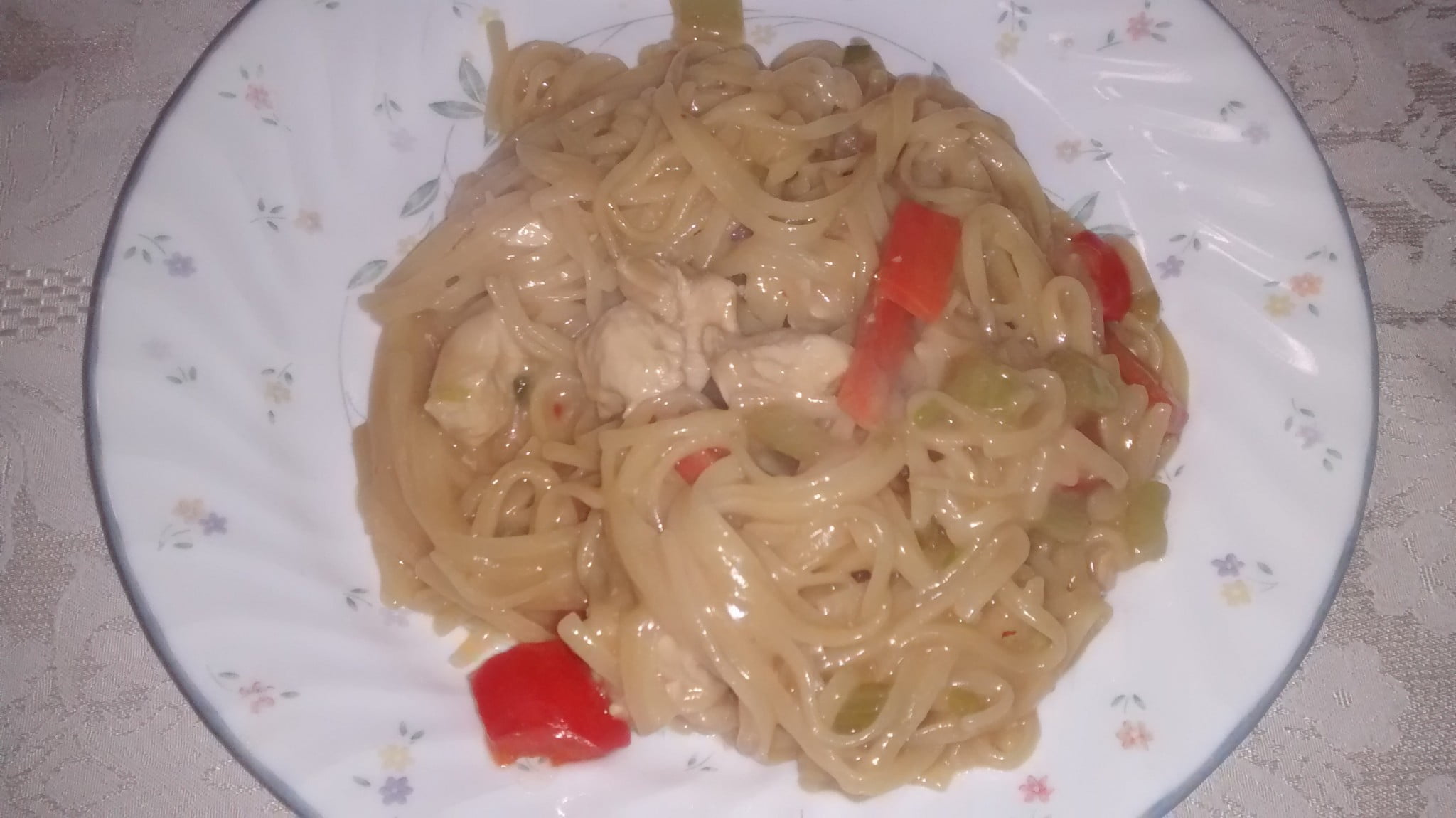 My daughters started year around swim, which means one day a week we are gone from 1:00 – 5:15, because we also have pottery that day. Having a nice family meal during the week is very important to me, so I need a fast dinner option for our busy day. I’ve been eyeing a technique for awhile now called “One Pot Wonders,” where you put all the ingredients in a pot (including uncooked pasta and raw meat) and boil it into submission. No, these aren’t soups, they are main dishes. It looked intriguing, and frankly, too good to be true. Even my foodie cousin Jenny murmured to me, in a better-you-than-me tone, “You try it first, and tell me.” (Come to think about it, she said that about having children too . . . ) We were both skeptical, and I knew there was a 50 percent chance of ordering an emergency pizza. But, if you don’t try, you will never know. So I did, and now I do. It was really good.

This was a crazy night, not only with our swimming and pottery creeping into my beloved dinner time prep, but my husband had a dentist appointment and a church committee meeting. There was a sweet spot on the clock, allowing him to come home in between and eat, so I put all the ingredients in the pot (except the soy sauce and broth), and stashed it in the fridge. (I didn’t add the soy sauce until I was ready to boil because it might marinate the chicken, which I did not want.) When I got home, I poured the soy sauce and broth over the ingredients and turned on the stove. Twenty minutes later, we had a hot pot of lo mein! I would recommend cooking this in a non-stick pot, because the noodles stuck a little to the bottom of my Le Creuset. I made the mistake of not adding the noodles and chicken last. which meant I had to struggle to get them in the liquid. Just keep an eye on it and stir occasionally.

Break pasta in half, and place in pot. Put cut chicken on top of pasta, and add the rest of the ingredients. Bring to a boil, then lower heat and simmer, stirring occasionally and keeping an eye on the mixture. When the noodles are soft and the liquid is mostly absorbed, it’s done! My dish took 20 minutes to cook.