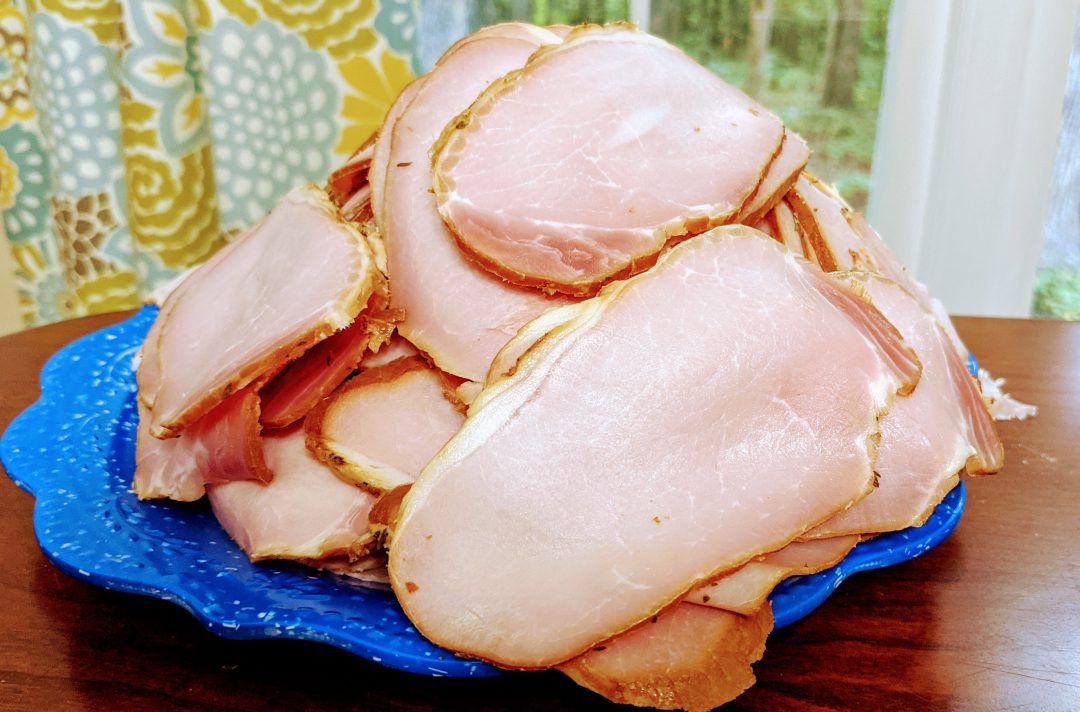 Besides the cost savings of making things from scratch, is the advantage of high quality food. Such is the case for homemade Canadian bacon – it’s nothing like its store bought counterpart.

According to the www.kitchenproject.com, “Canadian Bacon probably got that name because in the mid 1800’s there was shortage of pork in the United Kingdom and they imported the meat from Canada. They would cure the back meat in a special brine, which the Canadians call pea meal bacon, because they would roll it in ground yellow split peas to help preserve it. The English smoked it instead, and this new concoction was just referred to probably as Canadian Bacon. The Americans liked it and brought it back to the states.”

Made from pork loin, the meat is cured for three days, unlike traditional bacon which is cured for seven days. The recipe calls for pink curing salt, which is not the same as Himalayan pink salt. The meat is then smoked to an internal temperature of 150, which is a safe temperature to eat, but I prefer well done, so I quickly pan fry before eating. 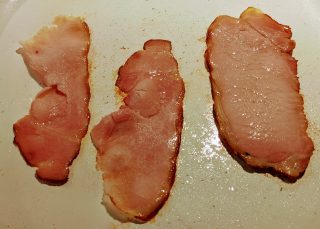 The flavor of this meat is so fresh, and not overly salty. I am a big lover of traditional bacon, but I prefer this Canadian bacon now – it’s no longer the healthy compromise on my breakfast sandwich, it’s the meat of choice.

I slice mine thin, but that’s simply a preference. I divided the meat into portions and vacuum sealed for the freezer. 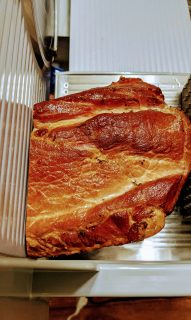 Combine water through garlic powder. stir to combine. Add pork loin to mixture, making sure pork is covered by water. Chill for 72 hours. Remove pork and dry off with paper towels. Put on rack and place in fridge, uncovered, for 8 hours. Smoke pork until it registers 150 degrees. When finished, cool and wrap in foil and refrigerate. When cold, slice as desired.