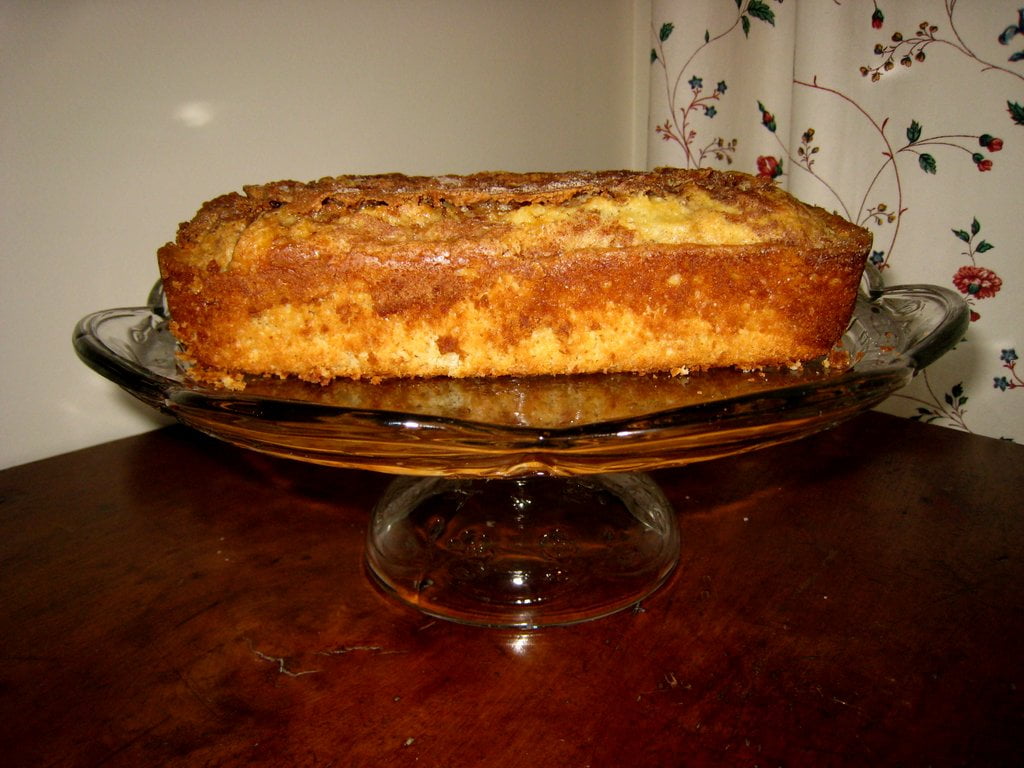 Cinnamon is a good pantry budget item to have on hand, if you shop around for the right deal. I get a 10.7 ounce  jar of cinnamon at Costco for a mere $2.50. Instead of buying flavored coffees, I put cinnamon in my coffee grounds. When I am looking for something inexpensive to bake, (also using my 25 pound bag of flour for $7), I look for something that involves cinnamon. We have a play date here today, and I made this delicious cinnamon swirl bread – – moist and perfectly marbled with cinnamon sugar. Now,  I just have to

keep my hands off the loaf until play time. Preheat oven to 35o. Lightly grease a 9×5 inch loaf pan. In a small bowl, mix together 1/3 cup sugar and 2 teaspoons cinnamon.
Combine flour, baking powder, salt and remaining 1 cup sugar. Combine egg, milk vanilla, and oil; add to flour mixture. Stir until just moistened.
Pour half of the batter into pan. Sprinkle with half the cinnamon/sugar mixture. Repeat with remaining batter and cinnamon/sugar mixture. Draw a knife through batter to marble.
Bake in preheated oven for 45 to 50 minutes, or until a toothpick inserted into center of the loaf comes out clean. Let cool in pan for 10 minutes before removing to a wire rack to cool completely.