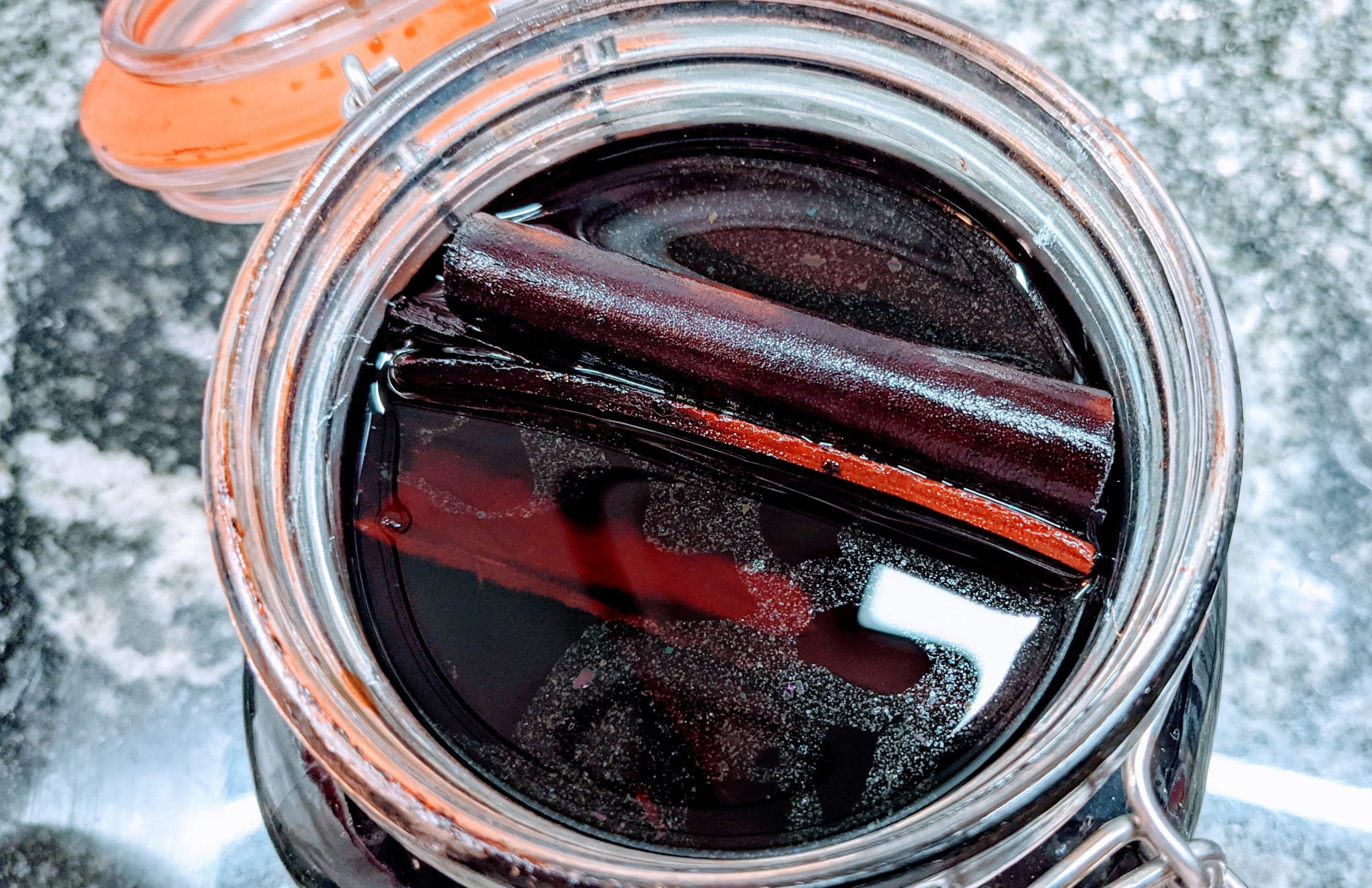 With cinnamon, I have to go big or go home. I can’t buy those little McCormick bottles of cinnamon sticks for $5 – I buy them 3 pounds at a time for a better price, and to get the amount I need. During fruit season I make different ciders. – apple, grape and peach, and I also can some fruits with cinnamon sticks. I found another use for my cinnamon sticks by making cinnamon extract. It’s quick to assemble, easy, but I’ll warn it is hard to wait for the final product! You can see the cinnamon oil on the top of the extract – this extract pulls a nice little punch.

Simply place cinnamon sticks in a jar, and cover with vodka. Let sit for 6 months, or until the mixture smells like cinnamon instead of vodka. I decant in another bottle, and fill the jar back up with vodka.  Look how pretty!

As you can probably guess, I use this extract in baked goods, but you could also use this to flavor homemade candy, drinks, or anywhere you want a spicy kick of cinnamon! This would also be a nice holiday gift.