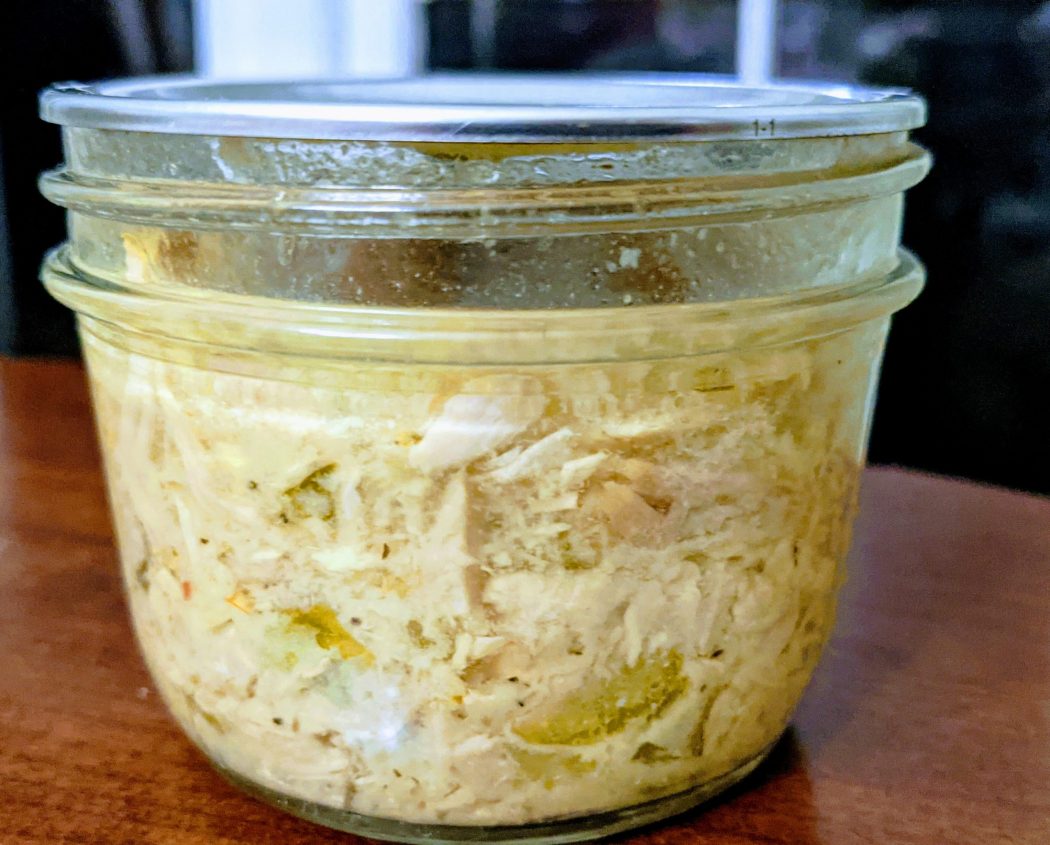 This has been a busy past few days, as I bought about 80 pounds of produce and 10 pounds of chicken leg quarters in the span of two days. I only bought so much at once because the prices were rock bottom. I scored peaches for 37 cents a pound, Roma tomatoes for 36 cents a pound, and pickling cucumbers for 80 cents a pound. The leg quarters were 49 cents a pound. I worked from early morning into the evening, but hey, I got out of housework in the meantime.

I already had a plan going in for the produce, but wasn’t sure about the leg quarters. My first step was cooking the meat with aromatics and canning the broth, then cooking the bones a second time for bone broth. I batted around the idea of canning chicken in gravy (made with Clear-Jel) but remembered a quick recipe from a 1963 Ball canning book, which makes for an even quicker lunch when my family laments “there’s nothing to eat.” I canned chicken salad.

Now, before you start wondering how to can mayonnaise you don’t. Even if the rebelist (new word alert) of canning rebels decided to do so, I think the result wouldn’t be very good. I can the chicken salad, adding mayonnaise later, and sometimes I add curry, grapes and almonds upon opening as well. You could certainly can the chicken with curry powder too – I’ve done that before. I process these in 8 ounce jars, perfect for one serving. These little jars of goodness have saved the day more than once.

One 10 pound bag of chicken leg quarters yielded 8 cups of chicken, which was exactly enough for 11, 8 ounce jars. And between both rounds of cooking the chicken and bones, I also got 7 quarts of stock. Not bad for under $10.

If you are wondering what I did with all the produce, with the cucumbers I made fermented, canned and refrigerator pickles, I steam juiced and froze the peaches, and I canned pico de gallo with the tomatoes, and also have an experiment jar of fermented tomatoes on my shelf. Chances are I’ll hit the farmers market again next week and get myself into a cornucopia of trouble again, but remember the work up front means no work another day. 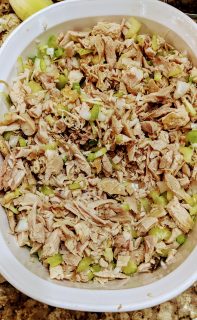 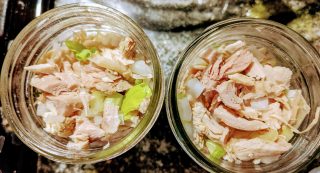 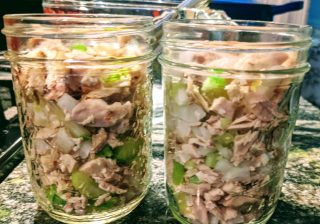 Add warm mustard broth to jars of chicken, ensuring one inch headspace for each jar. Wipe the rims clean, place lids and rings on jars and pressure can for 75 minutes at 10 pounds of pressure.