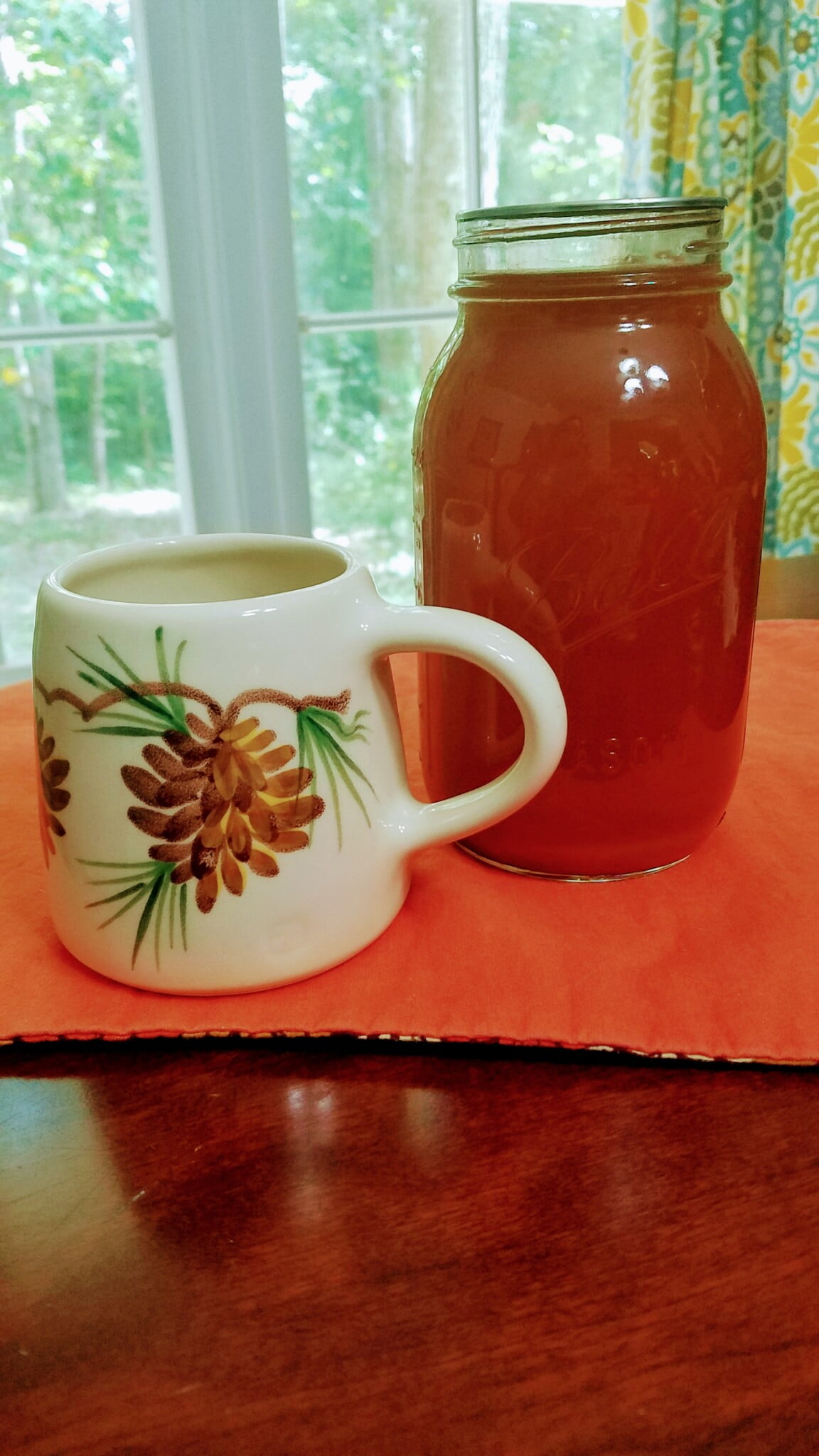 This year I discovered how to turn fruit scraps into something special. You can make vinegar, syrup, and jelly by boiling it down and saving the juice. I actually started making apple cider flavored syrup not just for pancakes, but as a binder for granola bars. I made peach syrup a few months ago, and I’m going to make some granola with peach syrup, almond slices and dehydrated peaches. Playing with food is just so much fun, especially when you can turn would-be kitchen trash into treasure.

Faced with mounds of apple scraps from the approximately 125 pounds I’ve processed so far, I needed to get even more creative. I made apple jelly, apple syrup, and apple juice. I used the apple juice for my canned apple pie filling as well. And then it hit me – why not make this into apple cider? I only have a family of four, so we can’t drink that much cider at once, so I canned several quarts. Homemade apple cider anytime we want, for almost free – ahhh . . . that warms the heart of this penny-pinching homemaker.

This is more of a technique than a recipe, because the amounts will be determined by how much apple juice your scraps make. To give you an idea, when I fill my 8 quart Dutch oven with scraps and water, it yields about 6 cups of juice. This last time, I saved several bags of scraps until I had enough to fill a big stockpot, and ended up with about 1 gallon and one quart of juice. I used my big roaster to make cider, that way I could leave it unattended. You can also use a large crockpot, but it just depends on your amount.

To make apple scrap juice from peels and cores, fill a pot with scraps and water. 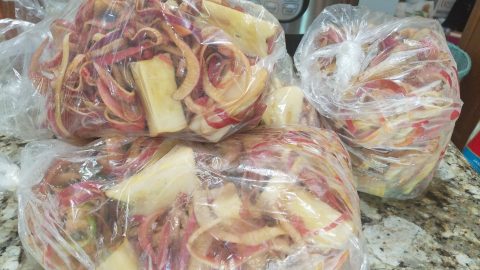 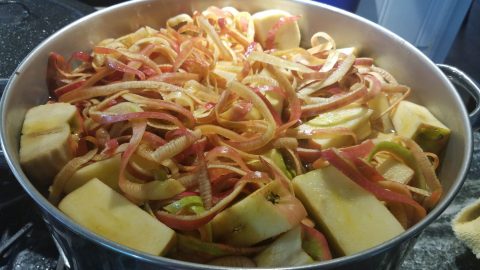 Bring to a boil, lower to a simmer. Cook for 30 minutes to an hour – cooking time will depend on the volume of your scraps. Just don’t let the mixture get too mushy or it will be hard to strain.

After cooking time is done, put a strainer over a pot. 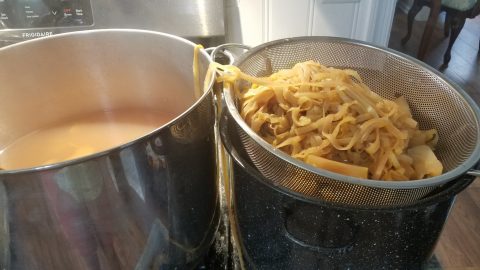 Line the strainer with cheesecloth. Strain solids and juice through the cheesecloth. Let it sit a little while to allow the juice to drip through. Take the strained juice and pour into a clean slow cooker, electric roaster or pot.

Add cinnamon sticks, allspice berries, whole cloves, a few orange slices, and a little lemon juice. This is a picture from a smaller batch I made. 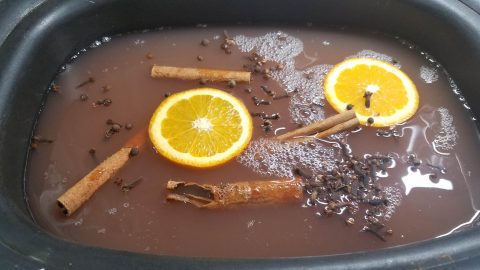 For my 1 1/2 gallons of apple scrap juice I added:

Bring to a boil, and put on a low setting for 3 hours or more.

I buy my spices in bulk, which really makes this cider extra affordable, and honestly nearly free. This package of allspice berries was only about $5. I stock up on on big containers of spices for harvest season. 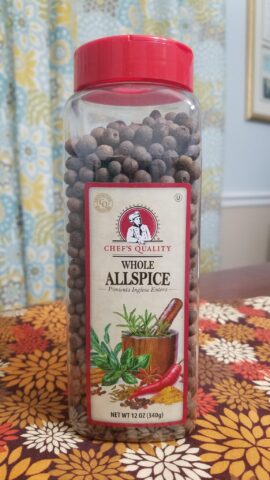 As my family lined up for me to ladle the steaming, hot cider into their mugs, I felt so much satisfaction because not only did my brew come out delicious, but it was made on a dime. The next time you are tempted to pitch the peels, put them by for some thrifty fun in the kitchen. 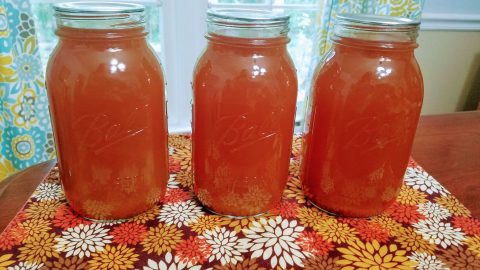