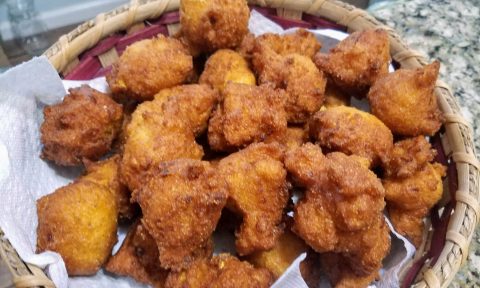 Hush puppies may be southern cuisine, but I grew to love them in California.  My parents would take us to this very casual (and fantastic) restaurant at Lake Wohlford. They specialized in catfish and things like ribs, but their hush puppies are what I really remember. I live in the south now, so hush puppies aren’t the hidden gem like they were in California, but I like to make my own version with yellow squash. And, making my own is a good way in general to use pantry staples since I buy in bulk.

I originally thought to employ squash in my hush puppies to rotate my canned yellow squash out of the pantry. My kids actually like them better with the squash, so that’s a win. Because canned squash is already soft, there was no need to steam. I ran out of canned squash, so this time I had to steam some up. I’m waiting for a great deal on yellow squash so I can make another canner-full. Hopefully next year I will be canning some from my garden. Although I didn’t grow my own squash, I did grind my own cornmeal from popcorn.

These hush puppies were made in my deep fryer without the basket, as the batter gets stuck in the basket grid. I fry mine up at 375 degrees until golden brown on all sides. I served mine with pork barbecue with an Eastern Carolina mopping  sauce, and coleslaw.

Isn’t this a pretty slaw?

Here’s what the inside of the hush puppies looks like: 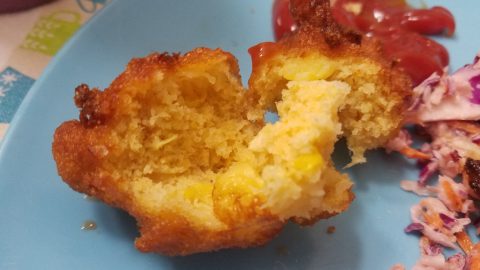 And here’s how it’s done

Mix onion through squash, making sure eggs are beaten. Add to dry mixture to make batter. 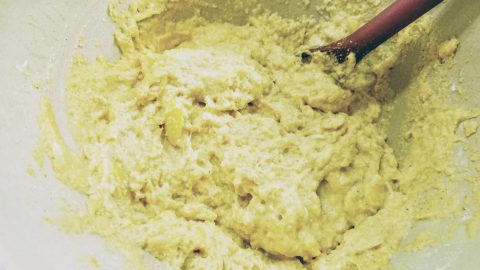 Heat your oil to 375. Drop heaping TBSPs of batter into oil. They really puff up!

When golden brown on both sides, they are done! 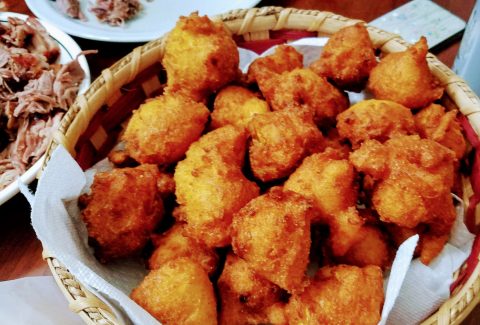 I'm terrible at making pie crust. It just always seems to tear. I haven't totally given up on learning to...