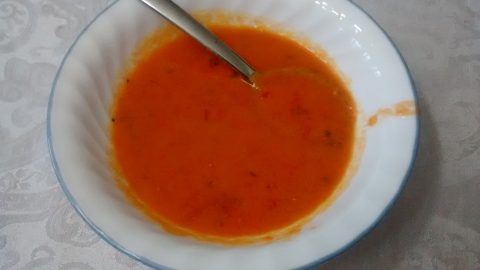 I never thought I liked tomato soup, because I associated it with Campbell’s. I’m so glad that after talking to my friend Ali, I opened my mind up to trying to make a homemade version. I didn’t have high hopes, but I was floored at how different the homemade stuff is from the canned version. Absolutely addictive and delicious! My husband said I could make a fortune selling this soup, but instead I’ll just give you the recipe.

My mother-in-law gave me a pressure cooker. Of course, I have a 23 quart pressure cooker/canner, but you can’t really cook a meal for four people in that big thing. The tomato soup was the first dish I’ve tried in my new cooker, and I’m glad it was a success, because my following experiments resulted in burned rice and pasta. It’s tricky, because it’s not like you can open the lid and check. If anyone has tips or recipes for the pressure cooker, please pass them along to me!

I buy 6 pound, 6 ounce cans of crushed tomatoes from Costco for $2.99 and use for this soup. That’s quite a deal!

I’ve never tried it, but you could try this in the slow cooker, or on the stove if you don’t have a pressure cooker.

Dump into the pressure cooker:

Lock cooker, and bring to pressure. Cook on high for 7 minutes. Let it come down to pressure naturally. Take lid off, and puree with immersion blender, or transfer to a blender. If using a blender, make sure you vent so your soup doesn’t explode! 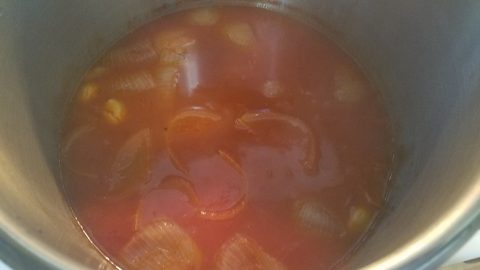 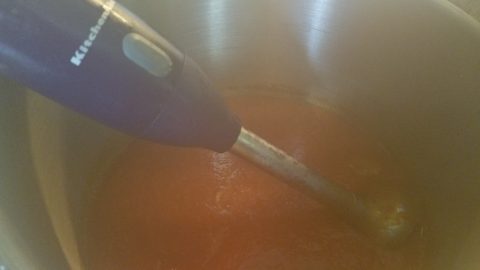 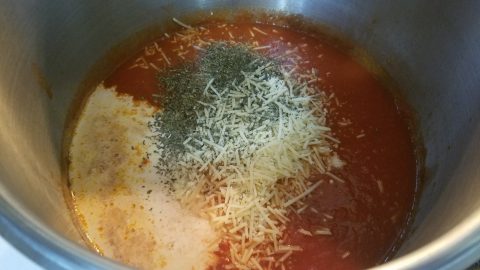 A new Costco is opening up next month a few miles away from my house. I'm so excited! My favorite...