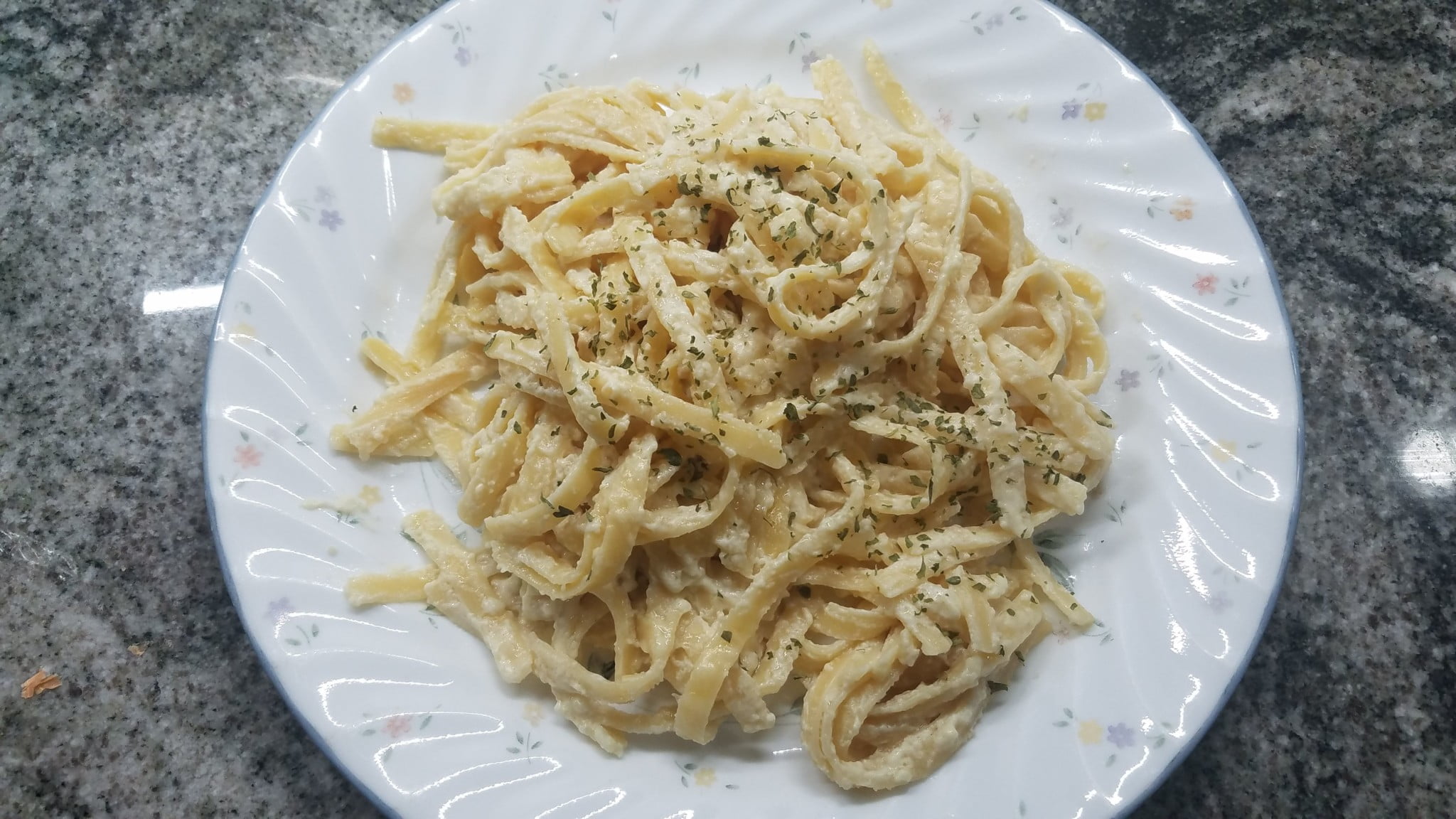 There are some restaurant menu items which always disappoint me, and one of those is Fettuccine Alfredo. I’ll admit, I don’t eat out much, but the times I have the sauce was either sickeningly rich, or tasted like water. Fortunately, I’ve come up with a version that’s full of flavor, but not over the top with cream, butter and cheese. More fat doesn’t always mean more flavor. Even better, the dish is all made in one pot.

I’ve seen recipes for Fettuccine Alfredo calling for two sticks of butter for one pound of pasta and heavy whipping cream, and a mound of Parmesan. Wanting to lighten up for calories and flavor, I played with different variations, and added garlic and onion. Boiling the noodles in chicken stock adds flavor without fat. My goal is not to make a low-fat dish, but rather to create a pasta sauce not so weighed down in fat, the flavor would be lost.

This Fettuccine Alfredo isn’t just delicious, but it’s all cooked in one pot for quick clean-up. This would be nice with a grilled shrimp or chicken, and a nice crisp salad.

Saute onion and garlic in olive oil until soft. Add chicken broth, and bring to a boil. 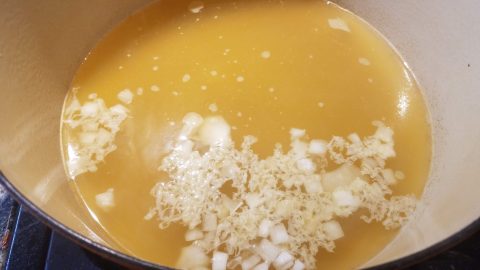 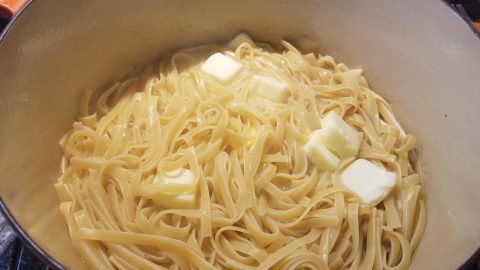 Add half and half, salt and cheese. Stir and heat until cheese is melted. Crack pepper over mixture and enjoy! 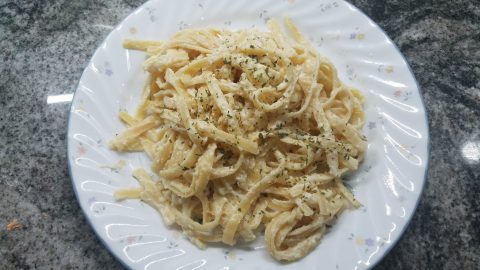