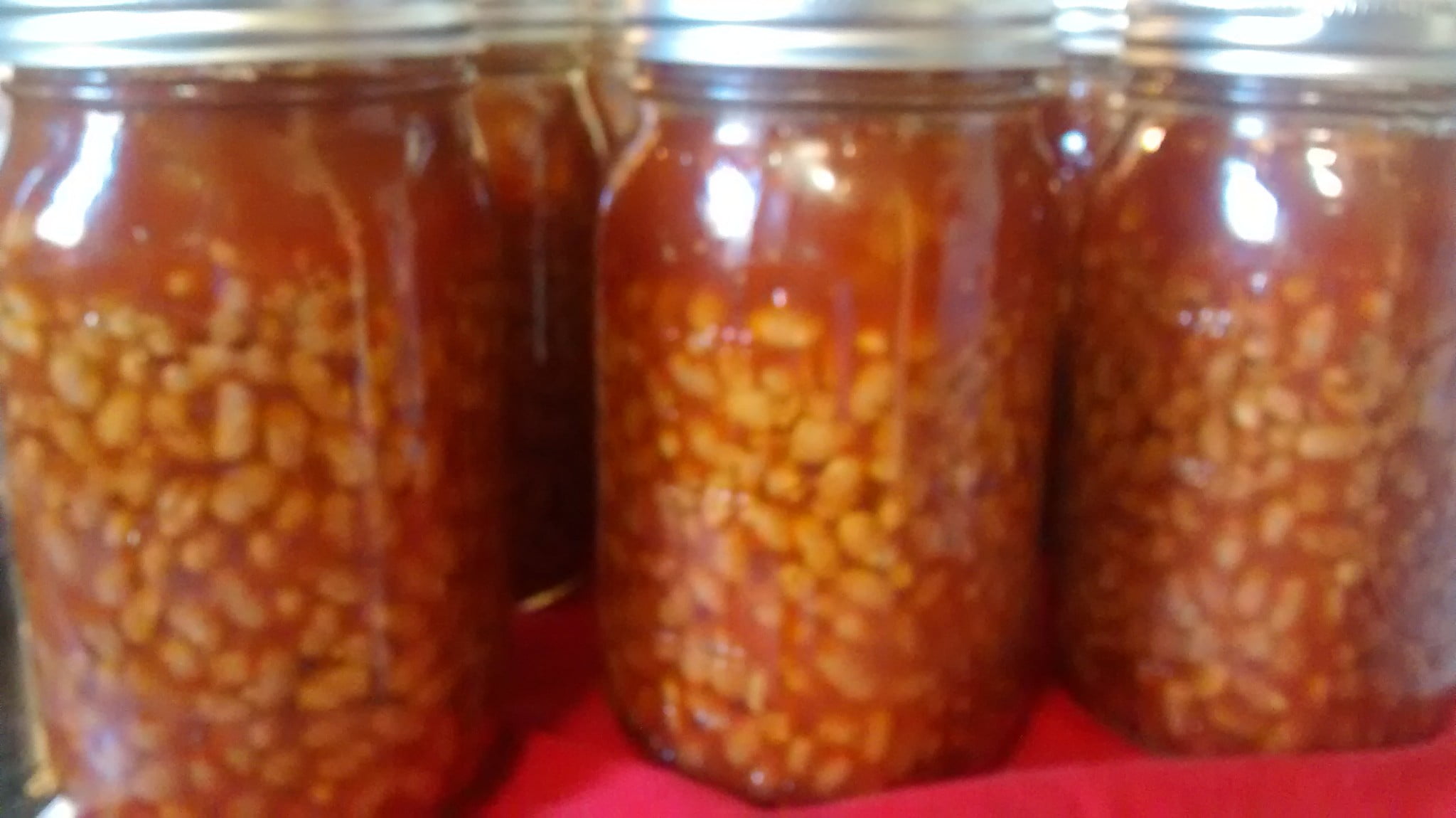 The problem is, my baked beans require an obscene amount of brown sugar. In trying to figure out how to lighten these beans up, while still keeping them worthy of infamy, I remembered sometimes the culprit of high fat dishes relates to the quality of ingredients. In other words, often recipes are fat laden because a cook is trying to inpart more flavor. Sometimes it works, and sometimes it doesn’t. Fresh ingredients are the key to flavor. The base for my baked beans is canned pork and beans, which I deemed inferior. So, I canned my own to give this long-cooked dish a fresh start.

This was my first attempt at canning beans from a dry state, so I was nervous they were going to swell and burst out of my jars. But the texture and amount was absolutely perfect. I took a basic technique and made my own recipe, using similar ingredients of my baked bean recipe.

For 7 quarts you will need:

Bring tomato sauce through water to a boil, and cook for 5 minutes on simmer.

Add liquid mixture to jars evenly until there is one inch of headspace. Pressure can at 10 pounds for 90 minutes, following manufacturing instructions for your canner.

This recipe is so much better, and less expensive, than store bought pork and beans. I made my baked beans for Easter and I didn’t have to use nearly as much sugar, and it was still great. I didn’t measure anything, however, so I’ll post my baked bean recipe when I make it next.

The pork and beans are so pretty in the jar, and a great frugal homemade convenience food. If you try these, let me know how you like them.