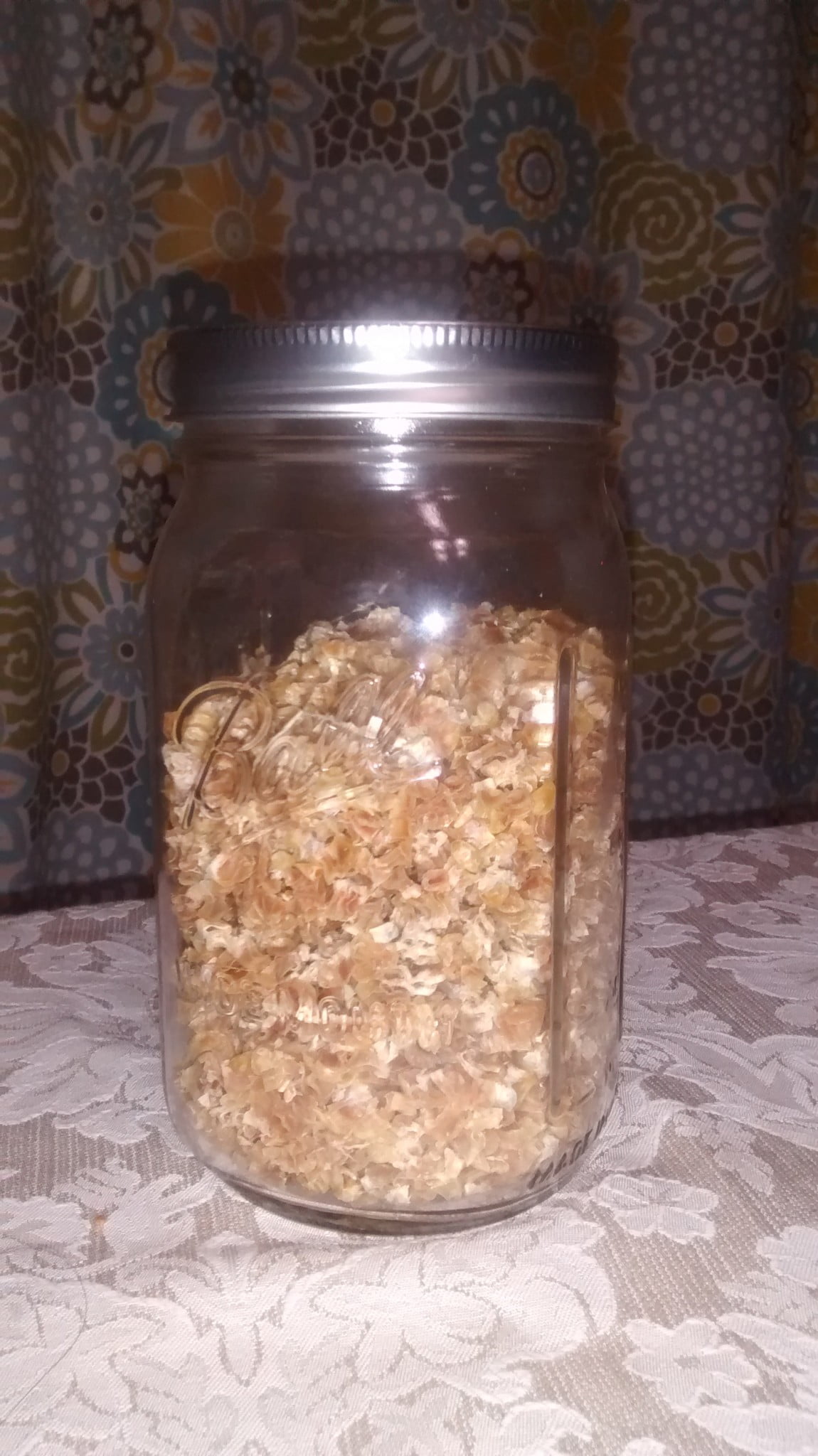 The past few summers I’ve been able to score really great deals on corn from the farmers market. When I say great deals, I mean cases for $5. I just bought two cases. Because I’m a little off my rocker, I might buy another if I can find a similar deal this summer. How do I employ all this corn for a mere family of four?

The first thing I did was get corn in the freezer. I husked, washed, and froze the corn for flash freezing. Formally, I would blanch first, but it always turned out soggy. (Note for corn off the cob intended for the freezer, – –  I do blanch, so it’s already par cooked before tossing it in fresh salads.) Next I cut of corn off the cob, which I used for canning and freezing. I need to buy a tool to get the corn off the cob for next year, because I gave myself temporary carpal tunnel for weeks using just a sharp knife!

Some of the corn I simply dehydrated. Few things rehydrate as nicely as corn. I most often use dehydrated corn in soup. I just toss it in the soup pot or slow cooker, and it comes back to life perfectly. Know that when you add dehydrated veggies to soup, you need to add a little extra liquid.

To dehydrate corn, I do blanch first. If you don’t blanch vegetables first before dehydrating, you risk the vegetables turning color. Blanching stops enzyme action to preserve the integrity of the vegetable. I would only boil for 45 seconds, then plunge in ice water. You will see instructions elsewhere which tell you to boil for 3 minutes, but that is unnecessary.

After your corn is cool, cut off the cob, and place on dehydrating trays. Refer to your dehydrating manual on temperature. My dehydrator instructs 135 for vegetables. Dehydrate for 8-10 hours, or until totally dehydrated.

Besides soups, you can also use dehydrated corn in jar meals! Check out my food column in San Diego’s North Coast Current on a delicious rice-based, dehydrated meal which includes this corn!